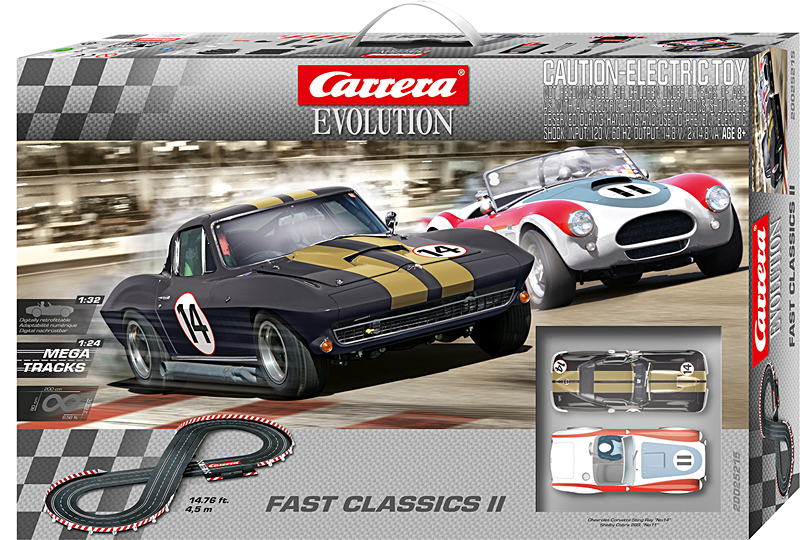 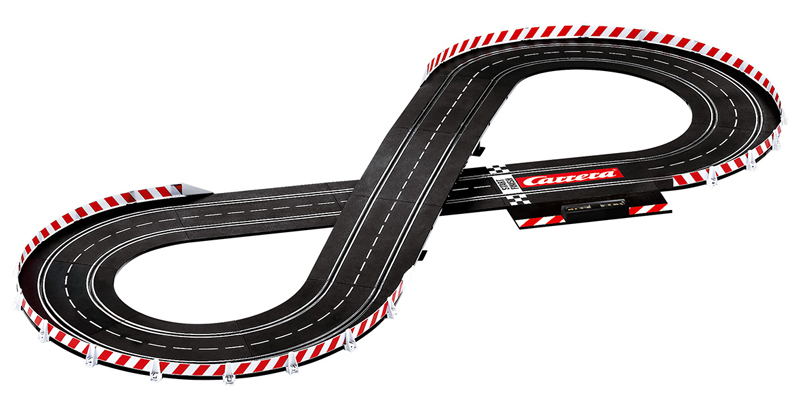 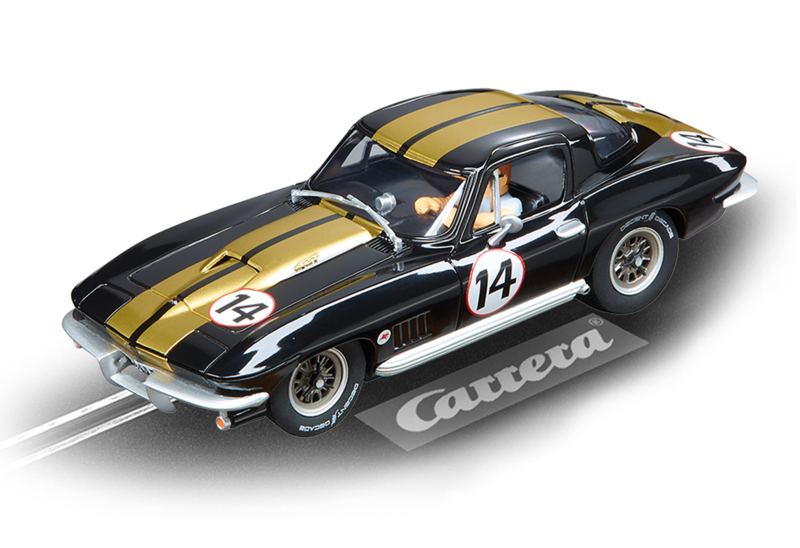 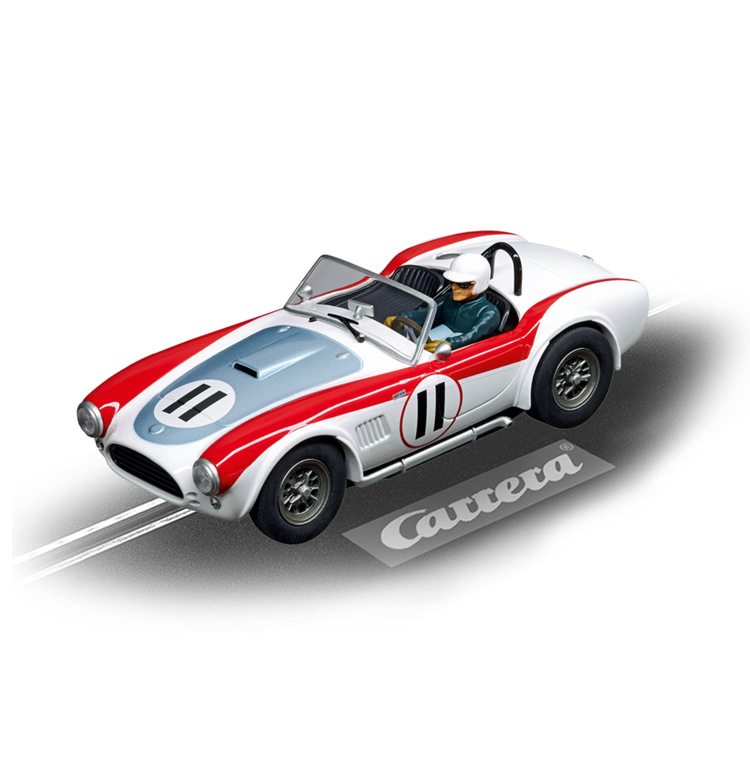 Beschreibung:
Vintage power boost
Two traditional rivals in terms of power and design are lined up for this summit meeting. Once the lanes had been broadened and the framework made more rigid, the Carroll Shelby AC Cobra took to the tracks achieving a breath-taking 240 km/h, and in 1965 it was ready to make Gran Turismo history. The attempt to break European dominance in the GT class with this Anglo-American sports car was a complete success. The specs of the opponent, the Corvette Sting Ray Coupé, are no less impressive. The growl of the V8 cylinder engine still has jaws dropping in crowds around the world. In 1967 at Le Mans the Corvette set a new speed record at 276 km/h. The originals would be almost priceless, but when they meet in the double loop on the 4.5-metre Carrera race circuit it's the joy of driving that is priceless.